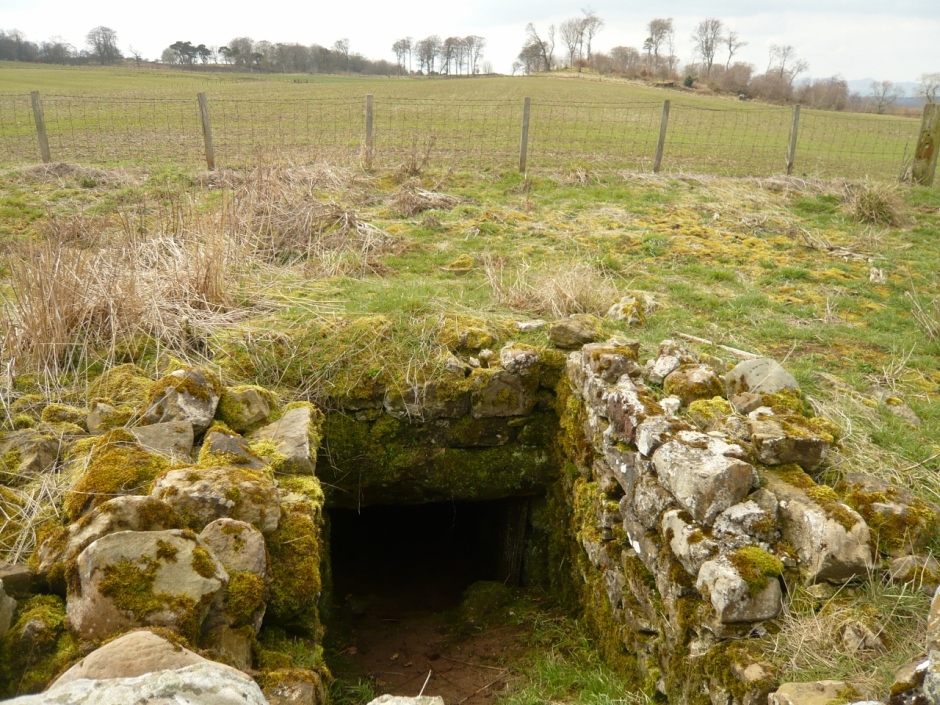 A day when we set out to investigate two souterrains but discovered that there were plenty more things to see in the areas around them! From searching the quiet country lanes for our first souterrain at Crichton, to the busy but wonderful Rosslyn Chapel, and from a castle with an unexpected Italianate interior to Castlelaw Hill Fort and Souterrain in the Pentland Hills.

Both souterrains were near Edinburgh, not many miles south of the bypass, but we found landscape that changed from rural farmland with sweeping views across the countryside to steep wooded valleys and then the Pentland Hills, which gave us even better views over the Firth of Forth to Fife. 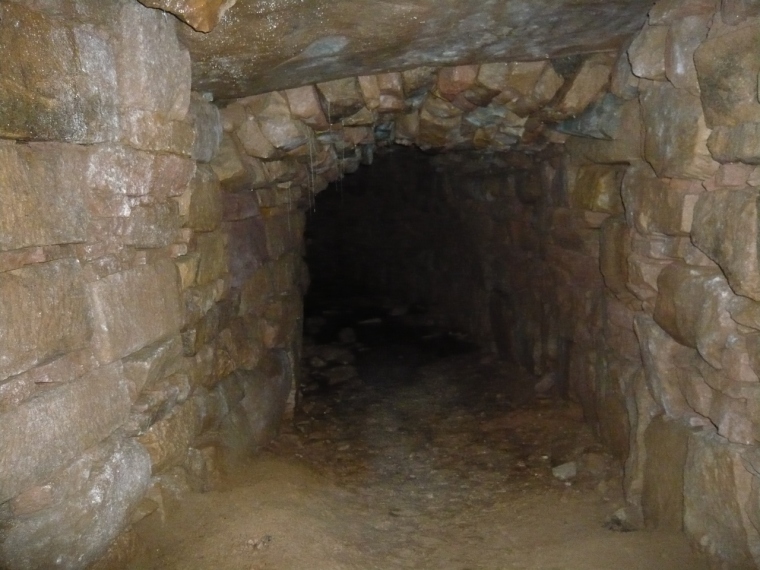 Crichton is a small hamlet with scattered farms along narrow country lanes. Apart from the souterrain, which is probably its least known claim to fame, it also has an interesting castle and a collegiate church.
The souterrain is of particular interest because it has some unique and distinctive features. Quite a number of the stones used to build it were of Roman origin and one of them even has a faint outline of a Pegasus on it – the emblem of a Roman legion.  I think I found the Pegasus but it was so faint I couldn’t be sure.

Souterrains can be very difficult to date, particularly if there is no evidence left of any other structure around it, such as an Iron-Age roundhouse or fort. This one sits on its own in the middle of a field, all trace of any associated dwellings long gone. However, due to the blocks of dressed Roman stone, showing their distinctive chisel marks, we know that this souterrain must have been constructed during or after Roman times, perhaps around the end of the 2nd century AD. This is quite a late date in Scotland’s period of souterrain building. Maybe after the Romans had left, the stone was plundered from nearby Roman sites or it was unused stone left over from one of their quarries. 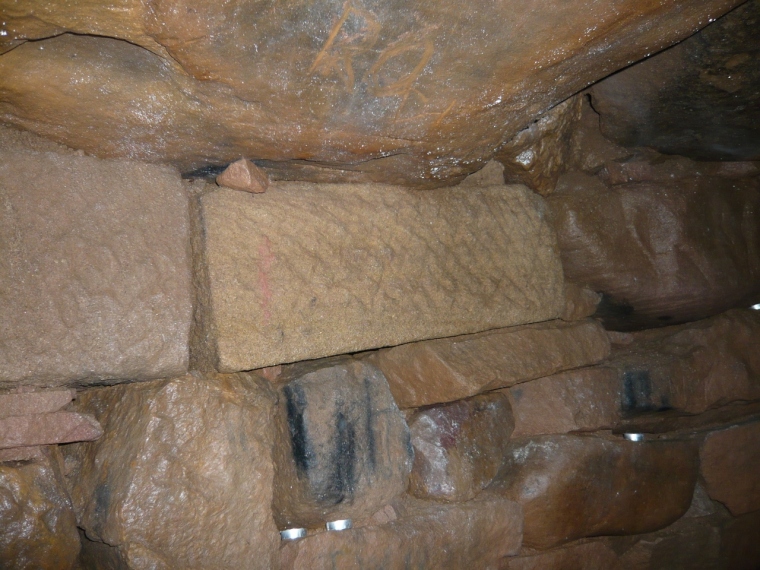 Some ancient stones bearing  distinct cup marks have been used as lintels. 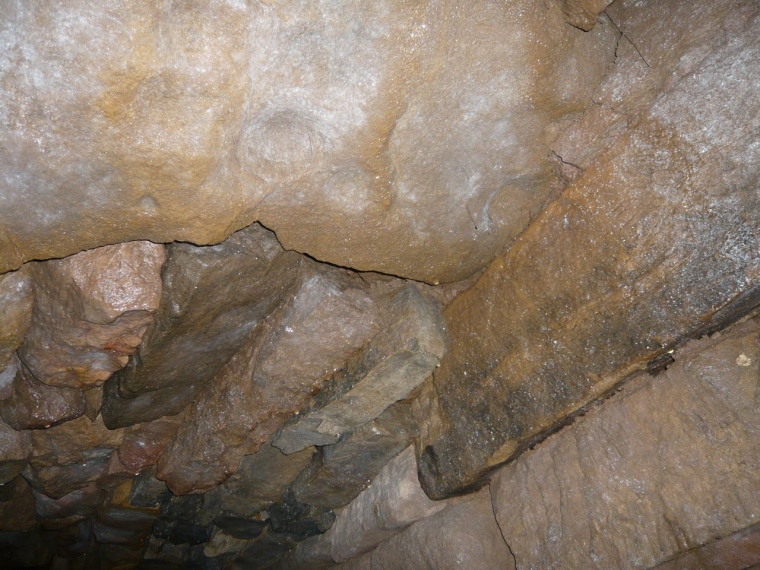 The souterrain is situated in an arable field and care needs to be taken when accessing it. I couldn’t see an obvious farmhouse to ask permission but I did meet someone from a neighbouring farm who gave me directions and some more information about it. After walking up the track on the right hand side of the field, then along the top edge of the field it was a short careful walk over to the fenced-off souterrain. 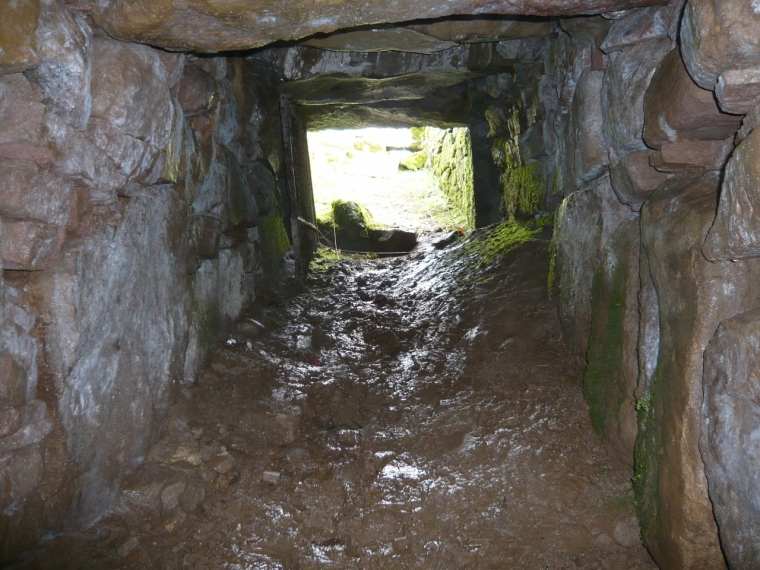 Steps lead down to a very low entrance where you have to crouch down and squeeze through. A short creep takes you into the main passage where there is plenty of room to stand up. The curved passage is about 15m long and the end of it is just squared off, rather than formed into any kind of chamber. 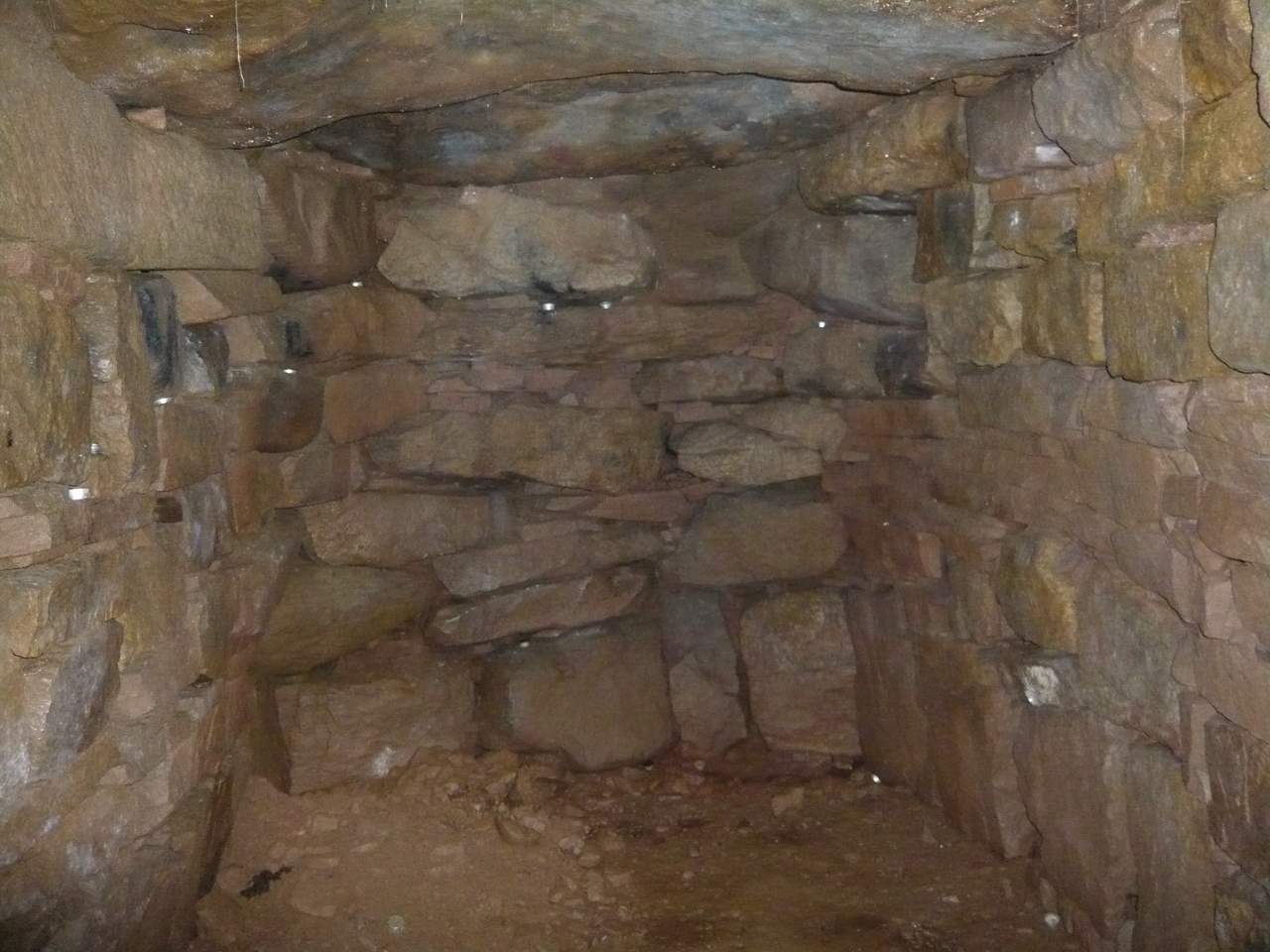 A previous visitor had placed tea lights along the walls of the passage!

I’d looked at the entry for Crichton souterrain on the Modern Antiquarian website and  one of the contributers said that nearby Crichton Castle was a corker and not to be missed! So off we went to visit the castle. 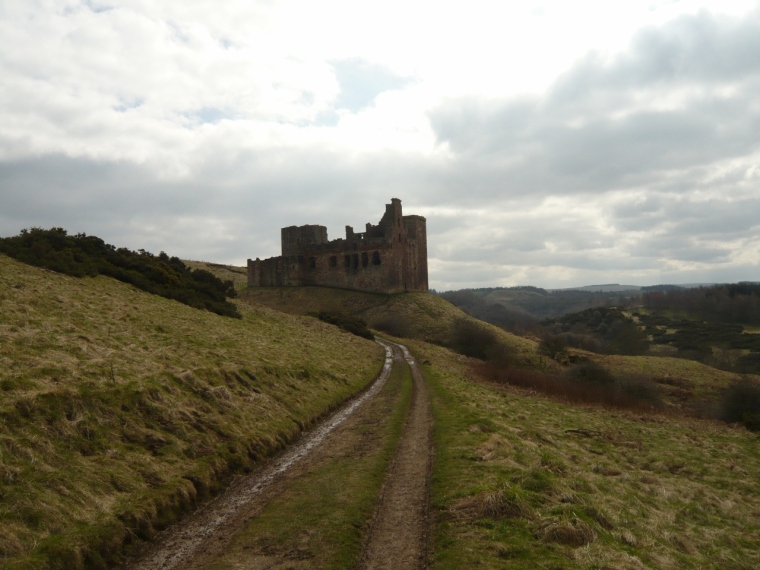 After the rolling fields and farmland it was a surprise to find that the castle was perched on the very edge of a steep hill. Down below was the narrow twisting valley which is the source of the Tyne Water. Until then I didn’t know that Scotland had a River Tyne! This one flows into the North Sea near Dunbar, and at Pathhead where we had left the main road, there was a large railway viaduct across it, built by Thomas Telford.

The castle was certainly impressive but what a disappointment to find that it was closed that day and we could only look at the outside. We had to make do with looking at photos of it on the internet so we could see what we were missing and it was certainly not what you would expect to see in a Scottish castle.

Most of the castle is 15th century and what makes it really special is the ornate Italian design in the inner courtyard, influenced by the architect’s travels in Italy. If we had been able to see inside we would have seen the Italian-style arches and windows on the courtyard facade and the diamond studding effect on the stonework. All it needed was a Romeo and Juliet balcony – but perhaps it had one in it’s day! 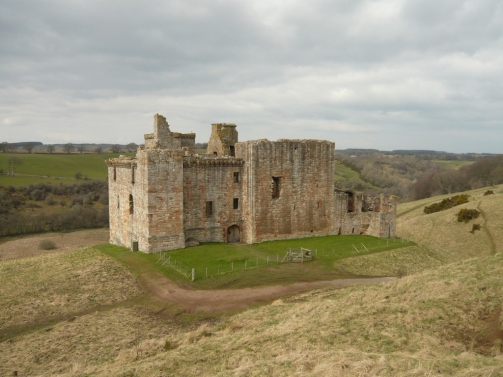 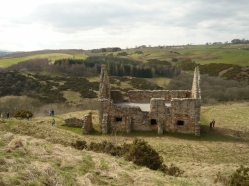 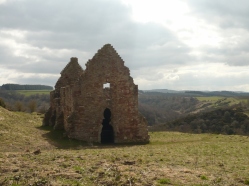 The car park for the castle is beside Crichton Collegiate Church. This is a Pre-Reformation church, contemporary with the castle and built by Lord Crichton to house a collegium of priests or canons. Mass would have been sung daily and the priests would have offered up daily prayers for the souls of Lord Crichton and his family. 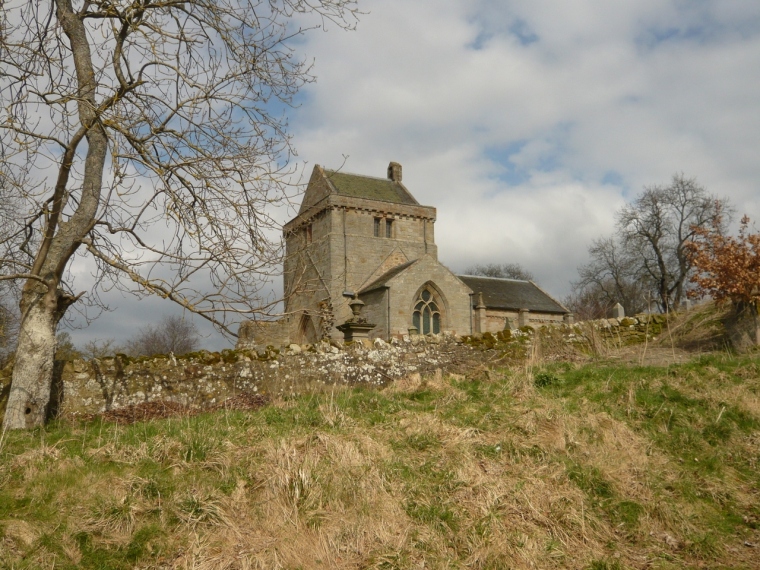 Around 50 collegiate churches were built in Scotland from the 13th century until the time of the Reformation. They were secular churches, built by local chiefs and landowners on their own ground to increase the authority of the landowner and the crown at a time when the monasteries and the church wielded so much power. After the reformation some became parish churches while many others fell into ruin.

After exploring Crichton we set off to see the souterrain at Castlelaw Hill Fort in the Pentland Hills, visiting Rosslyn Chapel on the way.
see Two Midlothian Souterrains 2. Castlelaw Fort